If a concrete surface in your home, driveway, patio or pool surround is looking a bit worn out, you might not necessarily have to rip it up and start over. You might just be able to simply get it resurfaced, especially if it only shows minor flaws and discolouration. Once you apply a cement-based overlay, you can then decorate it how you please to create something beautiful. Concrete can be customised in almost limitless ways.

Firstly, it can be coloured practically any hue using a range of different methods. While some techniques involve blending pigment with the cement overlay mixture before pouring, other treatments are applied to the finished surface. One possibility is to tint solid concrete with either acid or water-based stains. Acid stains create nuanced, organic-looking surfaces because the acids react with the cement for a unique effect. Water-based stains, though, provide more even, semi-transparent, predictable shades.

When choosing one method over another, consider the look you're trying to achieve. To produce decorative graphic designs or illustrations, for instance, you could select dyes, rather than stains, just because they're so even and predictable. Dyes can be applied in several ways — brushed, sprayed or rolled — and they can be worked over previously stained or coloured concrete.

Alternatively, if you're interested in creating a surface that simulates variable stone, a better option might be varying shades of dry-shake hardeners, which are sprinkled over the unset concrete and worked in with a trowel. The right combination of colours can mimic the mottling of actual rock. Another possibility is to apply stencils to control which parts of the surface are coloured. You can use this method to create a border pattern along the edge, for instance.

Concrete is not only open to colouring in numerous ways, but its malleability accommodates texturising treatments as well. During a stamping process, for example, moulds imprinted onto the surface can dent it to resemble other materials, such as stone pavers or cobbles. These moulds are often initially formed from the materials they are replicating so they can create realistic-looking results. The overall impression is further enhanced when combined with colouring methods that capture the nuances of natural elements.

Exposed aggregate, which is particularly suitable if you are after a non-skid finish, provides other ornamental options. Possible aggregates to add to the cement mixture typically include crushed stone, such as granite,  gravel, coloured glass pieces, shells and other materials. Particular combinations can produce beautiful decorative surfaces. By simply resurfacing concrete, you can reinvigorate it to harmonise with the environment, matching it to your home or to the outdoor landscape. 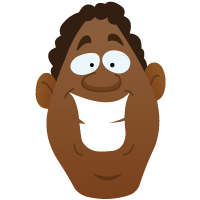 Hello, my name is Tim and this is my concrete blog. You may think that concrete is pretty boring but I find it really interesting. I don't work as a professional concrete contractor, but last year, I spent a couple of weeks working along with some contractors I hired to lay some new concrete on my drive. Until then, I had always thought that laying concrete was really easy. It is, in fact, a very impressive skill. Having picked up some top concrete laying tips, I decided that I should probably start a blog so I could share them with the rest of the world.

Is Your Brick Home Failing? 3 Tell-Tale Signs You Need to Invest In Brick Restoration
22 December 2020
Naturally, brick is a low-maintenance construction material and a favourite choice for many homeowners. However, adverse climatic conditions can affec …

Asphalt Driveway: How to Protect the Structure from Accelerated Damage
14 September 2020
The quality of construction will determine the performance and durability of your new asphalt driveway. Therefore, if you are interested in this type …

Why You May Have to Demolish a Pool You Once Treasured
17 July 2020
When building a home, a stylish pool is among the most inspiring additions you want to have. A pool with special features gives your backyard a stunni …